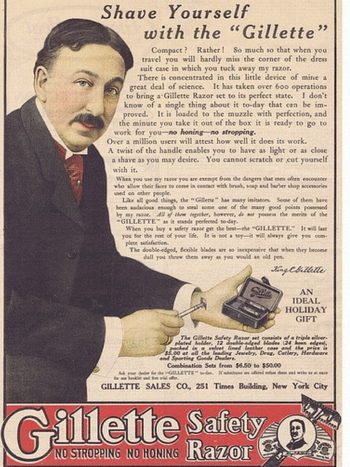 The original razor appeared in 1903,with a slight change the handle late 1906.
A simpler design that could be stored in a flat container(Pocket Edition)appeared in 1909.Both designs were produced until the original patents expired in 1921.That year the simplified design became the Brownie and sold as low-price set.The 1920patent “New Improved Gillette”razor was introduced in early 1921(the original 1904 patent expired on 15 Nov.1921).In the first two months on the market one half million New Improved razors were sold along with three million Brownies.More new models appeared in response to competition and as relevant patents expired in 1929-1930-1938 and the 1950’s. 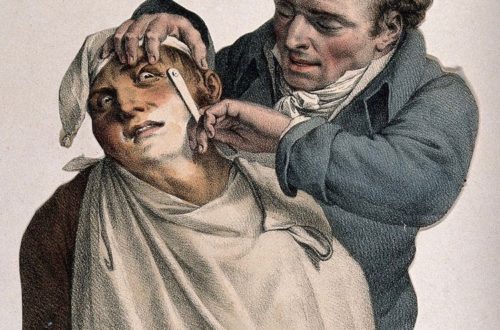 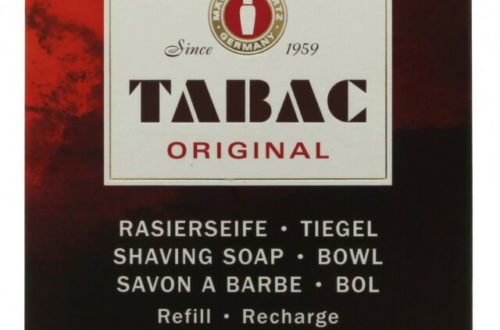 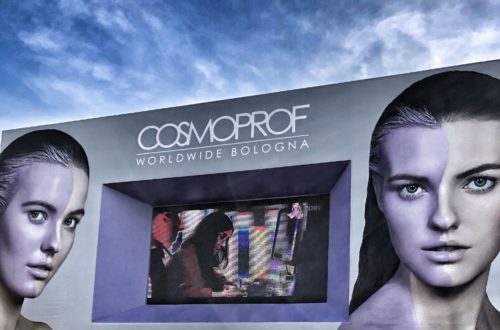